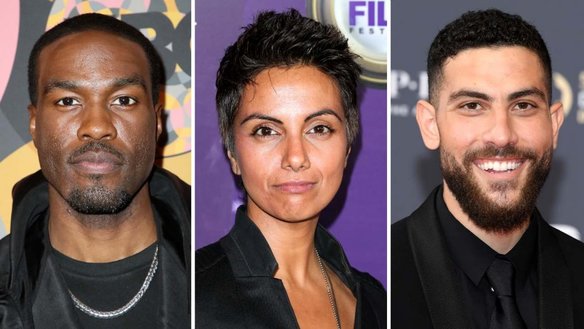 A new proposal for seeing whether a TV or film project presents Muslim characters in dynamic, nuanced and intersectional stories and contexts.

For self-identifying Muslims, there was something to finally cheer when Emmy nominations were unveiled on July 28. Ramy Youssef (Hulu's Ramy), Mahershala Ali (Ramy) and Yahya Abdul-Mateen II (HBO's Watchmen) were all nominated in major categories. While only time and tenacity will tell, it appears we are in a moment of real change in the entertainment industry.

These nominations are a breath of fresh air since racism and vilification have been perpetuated by Hollywood's long history of portraying Muslims and other marginalized groups in the U.S. as less than human.

After 9/11, the entertainment industry exposed Americans to a surge of violent, inaccurate and inauthentic portrayals of Arabs and Muslims. It wasn’t until advocacy groups protested that we started to see what the industry considered an improvement in representation— “patriotic Muslim” characters. In reality, these patriotic portrayals, in shows like 24, Homeland and Quantico, were red herrings since audiences got to know Muslim characters as good or bad only in relation to terrorism. And, as we see with depictions of characters from other underrepresented communities, audiences are often short-changed from learning about the Muslim character’s history or backstory. They are also often in the background rather than in supporting or leading roles.

Authentic and nuanced representations are urgent given that viewers are more likely to support restrictions on Muslim civil rights and wars in Muslim countries when exposed to these types of one-dimensional storylines.

Fortunately, in the last several years, we have seen more diverse representations of Muslims than we have in the last century that the entertainment industry has existed. Even before Muslim-produced Ramy, and Hala (Apple TV+), CBS, in FBI, introduced us to the first Muslim leading man, played by Muslim actor Zeeko Zaki, and The CW's Legends of Tomorrow features a Muslim computer hacker superhero. The Red Line (CBS) included a queer Indian Muslim recurring character in the series. CBS hired Fawzia Mirza, who identifies as Muslim, queer and South Asian, to write one of the episodes. These nuanced and dynamic portrayals are refreshing and long overdue.

As in the examples above, Muslim characters are being featured in newer and different contexts. However, the credibility of the character is sometimes compromised because networks are not doing basic due diligence. Take, for example, 911: Lone Star (Fox), in which the show’s Muslim character prayed incorrectly. What could have been a great scene turned out to be fodder for Muslim Twitter in May, as many were quick to point out the error.

The industry also needs to get over its fetishization of Muslims as solely religious and political beings. Netflix's Messiah, for example, offers a complex context that includes a refugee crisis and U.S. military interventions. However, Muslim characters are reduced to their politics and religion, and culture and faith are often conflated.

There are about 1.8 billion Muslims globally, and Muslim identity and appearance are incredibly diverse. It is lackadaisical how Hollywood was able to create a “Muslim look” that is Arab and South Asian, and often times with actors outside of those communities. Black people make up the largest group of Muslims in the U.S., comprising 20 percent of U.S. Muslims. And the Latinx community is the fastest-growing Muslim community in the U.S. But we rarely see these portrayals. Expanding storylines that include Muslim characters really requires reflecting the diversity of Muslim communities.

The shift away from stereotypical stories and characters is slowly happening, however, one need not look farther than the recently announced remake of Sinbad to see that the industry still defaults to problematic source material when it wants to tell Muslim stories. True improvement will require new stories, new themes, new ideas and new characters in new contexts.

We are inspired by the Bechdel Test that evaluates representations of women; the DuVernay Test on racial representations; the Russo Teston LGBTQIA+ representations; and the Riz Test on Muslim representations. These tests offer templates of how to evaluate stories that are trying to avoid stereotypes and to create characters not solely defined by their racial, gender, sexual or religious identity; but rather who are cast in more leading roles with fully realized lives.

The Riz Test is named after activist/artist Riz Ahmed, who has done a great deal in bringing awareness to the issue of Muslim portrayal. It was the first of its kind to evaluate Muslim representation in TV and film, focusing on how media has historically vilified Muslims as terrorists, misogynists and culturally backward. Given the promising current expansion in portrayals and the vast pool of talented Muslim screenwriters in the industry, we are building on these criteria to raise the bar further.

To that end, we propose the Obeidi-Alsultany Test, which uses the below five criteria to evaluate whether a TV or film project presents Muslim characters in dynamic, nuanced, and intersectional stories and contexts.

1. The project that includes a Muslim character(s) does not reproduce or reinvent old tropes but rather explores new stories and contexts.

2. The project that includes Muslim character(s) has a Muslim-identifying writer on staff to ensure that Muslim cultures, religion, characters and storylines are being portrayed accurately and authentically.

3. The Muslim character(s) is not solely defined by their religion. Religion can be part of the character’s backstory but should not be their entire story. Muslim culture and faith should be accurately delineated.

4. The Muslim character(s) has a strong presence and the character(s) is essential to the story arc and has a rich and clearly defined backstory.

5. The Muslim character(s) is portrayed with diverse backgrounds and identities.

Permanent change requires acknowledging the long-standing, systemic problems that have been tolerated for far too long are no longer viable. To depict people in their full humanity is pretty elementary.

Article written by Sue Obeidi and Evelyn Alsultany for The Hollywood Reporter.