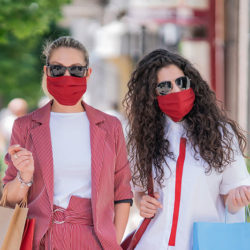 Starting June 12, Hollywood can resume production, California governor Gavin Newsom announced over the weekend. While shoots are still subject to approval by public health officials, this opens the door for the entertainment industry to get back to work after the coronavirus pandemic forced a three-month hiatus.

Hollywood’s labor unions and the Alliance of Motion Picture and Television Producers—two groups that are often at odds with one another over contracts and working conditions—joined forces to release a white paper (pdf) last week, outlining their recommendations for how to safely resume film and TV production.

With input from many of Hollywood’s biggest film studios, including Disney, Netflix, and Warner Bros., the group sent the white paper to the state governments of California and New York, hoping the new protocols will officially be adopted. This follows a similar set of guidelines issued last week by the Producer’s Guild of India, as Bollywood prepares to resume production.

While all of the group’s recommendations may not necessarily be implemented, the white paper is seen as an important step toward restarting the film and TV industries. Many of the new filming protocols meant to reduce the risk of transmission could last long after the pandemic recedes, creating a new normal for moviemaking worldwide:

“Certain activities such as fight scenes or intimate scenes increase the risk of transmission,” the white paper reads. “When maintaining physical distancing is not possible…contact must be kept to the shortest amount of time possible.”

The task force recommends productions “consider measures to minimize scenes with close contact between performers,” such as by changing scripts or using more digital effects. Close contact between actors never used to be a consideration for screenwriters, but in a post-coronavirus world, they’ll have to keep that in mind. Scenes viewers once took completely for granted may no longer be possible—at least, not how we’re used to seeing them.

The end of the live studio audience?

The white paper mentions the use of live studio audiences during filming is “discouraged,” but does not outright suggest a ban on them. It says some may be allowed on a case-by-case basis with social distancing, mandatory mask use, symptom screening of audience members upon entry, and physical barriers between the audience and the cast and crew.

Given all those precautions, sitcoms that used to film in front of a live studio audience may elect to use a laugh track instead. Shows written with a live audience in mind could decide to totally transform its stories, knowing that a studio audience may no longer be feasible.

Dozens of daytime and late-night talk shows were already testing out filming without live audiences even before the pandemic forced widespread production shutdowns. If and when those shows—which are now being produced remotely, with the help of Zoom, FaceTime, and Skype—return to on-site production, it could be without physical audience members.

The use of paper should be minimized “whenever possible” and alternatives like electronic scripts “should be explored,” according to the document. If paper scripts are completely unavoidable, the task force recommends they be assigned to specific individuals, clearly labeled, and “not shared between others.”

All other information that is usually handed out in paper form, including crew lists, call sheets, and production reports, should also be converted to electronic documents when possible.

Networks and studios were slowly moving to more digital scripts before coronavirus, but for security reasons. Game of Thrones, for instance, sent self-destructing digital scripts to the cast after HBO was hacked in 2017.

In an effort to reduce the risk of transmission and keep cast and crew sane, the task force wants to limit the duration of workdays and use fewer consecutive workdays.

The International Cinematographers Guild released its own set of guidelines (pdf), which also stress the importance of shorter workdays. “Workplace practices that compromise the health and immune systems of employees and contribute to vulnerability and illness of employees should be eliminated,” the document says. The cinematographers also recommend extending rest periods “to ensure cast and crew remain healthy and receive adequate rest.”

As a result of shorter workdays, film and TV shoots could be forced to run over a longer period of time. A two-week shoot could stretch into a month. A monthlong shoot could stretch to several months. Longer production schedules could also put a strain on actors’ and filmmakers’ availability and studios’ budgets.

New safety guidelines on film sets will likely hardest hit the craftspeople whose jobs require they work closely with actors: costume designers, makeup artists, and hairstylists. The task force acknowledged that some of their work simply “may not be possible while maintaining physical distancing from others.”

“You have people just touching your face, touching your body all day long,” Zoe Kravitz, who’s set to play Catwoman in the upcoming Batman movie,told Variety  “I need help getting into the catsuit. I can’t do it on my own.”

To that end, productions may have to prioritize costumes actors can put on themselves. Complicated period costumes—like a corset, for example—may have to be altered so that performers can wear them without anyone’s assistance.

The task force recommends “visible physical indicators marking a distance of six feet in areas where cast and crew congregate, especially in places like make-up and costume trailers, which are typically cramped. Other than that, a lot is being left up to individual craftspeople to implement their own precautions. They’ll have to retrofit their workspaces in order to allow for social distancing and ensure cast and crew wear face masks and gloves whenever possible. But it’s unclear what else they can do to make working closely with actors safer. “Additional protocols must be established before work of this nature could resume,” the document says.

Covid-19 compliance officers on every set

Every set could soon have its own designated Covid-19 “compliance officer” who works across all departments to ensure guidelines are being followed and “to address issues as they arise.”

Compliance officers will be autonomous and trained in health and safety measures, infection prevention, disinfection, testing, social distancing, and proper use of PPE (personal protective equipment). They “shall be accessible in the workplace at all times during work hours.” The task force hopes productions will “consider engaging a board-certified infectious diseases physician or infection preventionist with certification in infection control” to help create the workflows the compliance officer will oversee. 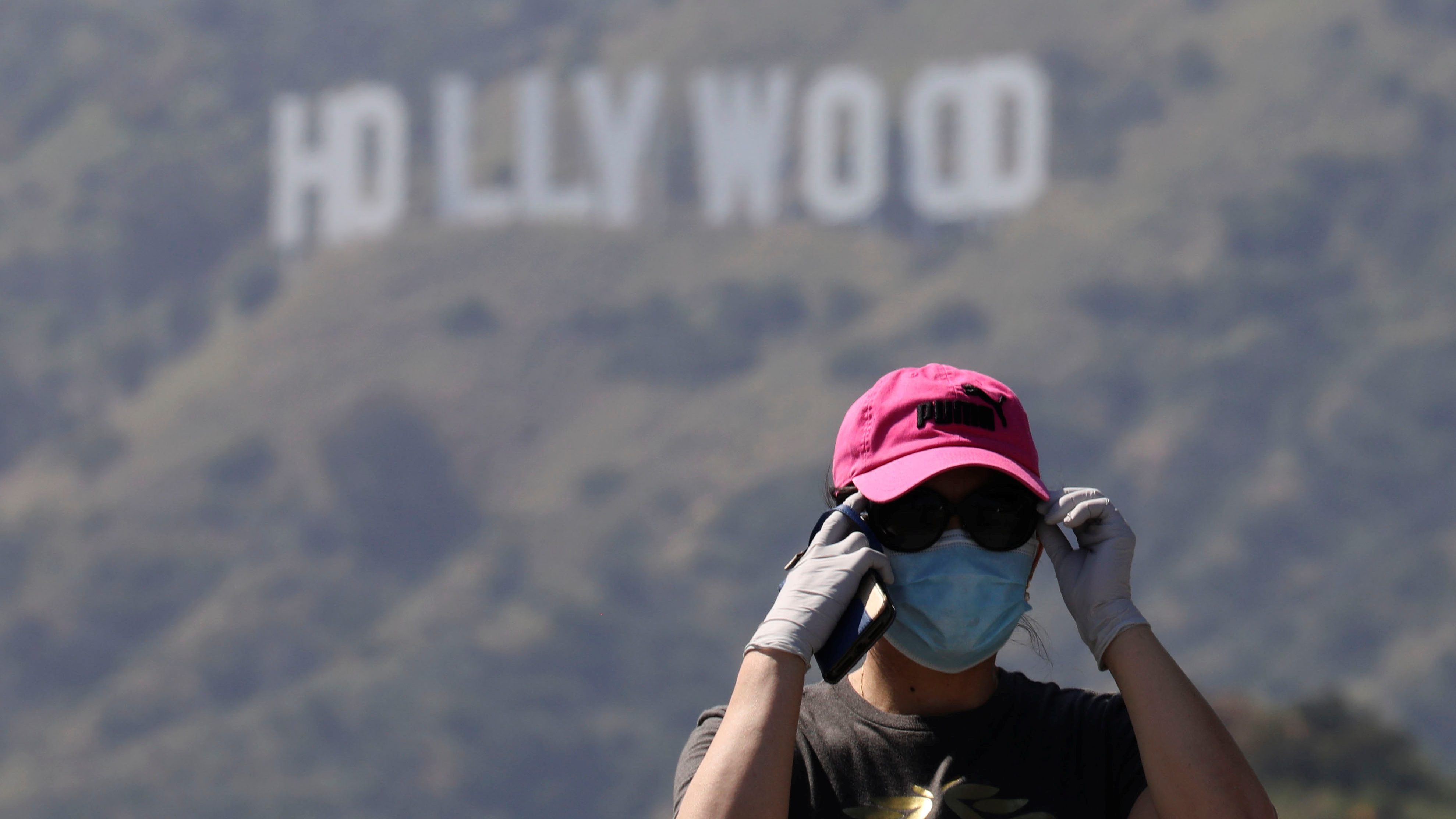 The one thing all of these new protocols have in common is that they cost money. In some cases, lots of it. Altogether, the measures could balloon the costs of production even more than they were already ballooning even before the pandemic.

Several Hollywood studio executives told Variety they expect productions to cost more in a post-Covid world than they used to. The additional equipment, new personnel, higher insurance premiums, and increased reliance on visual effects and other technologies as substitutes for in-person filming will all add to the costs of a shoot.

Productions will save some money in other areas—less travel, an emphasis on smaller and less elaborate productions, more efficient use of sound stages—but likely not enough to offset the increases elsewhere. “I don’t anticipate any savings,” one studio production head told Variety.

The obvious conclusion is that more expensive productions could hurt independent production companies who already struggle to finance film and TV shoots. On the other hand, Netflix and Disney will have to become more creative than they have ever been in order to fund content at the level of quality its fans are used to, but they’re not at risk of going out of business in the way that their smaller rivals may be. The much bigger risk to those two massive companies was a prlonged shutdown (Quartz member exclusive).