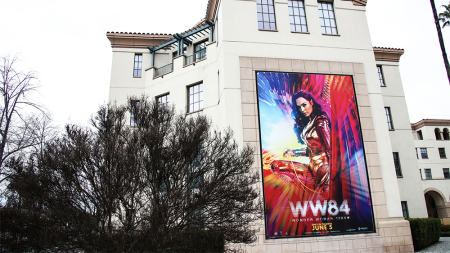 This is the winter of discontent for Hollywood workers, as no level of seniority has been spared from the wave of mass layoffs.

Warner Bros. has been shaken by two rounds of layoffs and a wholesale restructuring that have ushered out veterans with decades of service to the Hollywood studio.

NBCUniversal has rewired the structure of its TV content production and distribution operations, leading to hundreds of job cuts. ViacomCBS has periodically shed bodies by the dozens in the year since its two halves formally tied the knot again in December 2019. AMC Networks last week disclosed it will let go of 10% of its U.S. workforce, or about 100 staffers.

Layoffs are hard on any company. But the current round of downsizing among traditional entertainment giants is even more alarming for seasoned industry workers because the cuts reflect a momentous transition in the business needs at the major studio and network groups.

Market analysts see it as a painful but necessary byproduct of change.

“We’ve been saying that at some point the studios were going to have to rethink their business models, and now they’re actually doing it,” says Michael Nathanson, media analyst with MoffettNathanson. “I think these companies should have been planning this pivot earlier.”

Media conglomerates that are shifting focus to direct-to-consumer and subscription-based platforms need a different kind of programming, marketing, distribution and sales expertise than has been prized in the modern era. Warner Bros. has shocked the industry with the volume of high-ranking executive departures in a short period. When the head of film marketing and head of TV marketing and some of their key lieutenants depart, it’s an unmistakable signal from WarnerMedia and its parent company AT&T that the studio is planning to sell its wares to consumers in very different ways.

Jay Tucker, executive director of UCLA’s Center for Management of Enterprise in Media, Entertainment and Sports, sees the mass staff cuts as a byproduct of all the M&A in media in recent years. Companies have to make these mergers work by taking big swings to generate growth and keep pace with consumers as traditional cable and broadcast assets mature.

“We’re shifting to the era of personalization, where the consumer is at the center of the business model,” Tucker says. “This disruption is hitting every level of employee, and it is compounded by the perception that once you hit a certain number of years of experience, it’s harder to find the next opportunity.”

The upheaval comes as all of the major conglomerates are re-engineering operations to support pay and free streaming platforms designed to eventually serve global audiences. It’s expected that many media giants will see staffing levels in the U.S. drop while growing in international territories.

Executives with expertise in marketing and distribution have been hard hit at most studios because those disciplines are radically changing in the streaming epoch. Especially in pandemic conditions, WarnerMedia and its counterparts need data scientists more than they need film distribution experts.

The art of driving consumers to sign up for a monthly content service is different from opening a popcorn movie on a busy summer weekend. The departure of Warner Bros.’ film marketing chief Blair Rich and TV marketing chief Lisa Gregorian within weeks of each other is the starkest example.

Warner Bros. is now laser-focused on supplying content to drive the HBO Max streaming service. NBCUniversal in October unveiled a radical new structure that divided management into two primary groups, for content creation and distribution, much as Disney has aligned itself following its acquisition of 21st Century Fox. NBCUniversal wants to move content more freely around the ecosystem and through its ad-supported Peacock streamer. Disney continues to fine-tune its massive content operations to feed Disney Plus, Hulu and other platforms.

ViacomCBS has shaken up its post-merger lineup with a bid to build on the foundation of CBS All Access with an expanded Paramount Plus service. Marc DeBevoise, longtime CBS digital executive, was ousted 11 months after being anointed as a leader.

The drop in the volume of employment in a given sector always has a ripple effect in the national economy. The loss of so many high-paying jobs in a short time will be a dent in the coffers of Los Angeles County and for New York state in the short term. Michele Evermore, senior policy analyst for the Washington, D.C.-based National Employment Law Project, says it hits at a time when other industries are undergoing similar sweeping realignments with huge human toll.

“We’re seeing it now because of the pandemic in the restaurant world, in the industrial janitorial world, in parking garages and all these areas that have been completely disrupted by COVID-19,” says Evermore. Economic policy has not kept pace with the understanding of the transition of skill sets needed in the modern workplace, she says. It’s an issue that will become more acute in the coming years for the incoming Biden administration.

“Nobody’s got a plan for how to transition these massive sectors of the workforce into a different thing,” Evermore says.

Tucker believes the challenge of executing Hollywood’s direct-to-consumer pivot will be matched by the challenge of steering a workforce through a period of watching beloved colleagues walk out the door. Those who remain are understandably nervous about what may be next to change. He also points to the sizable business failure of Quibi as another unsettling sign of the uncertain marketplace.

“It’s tough for CEOs to come out and say, ‘Now we need to do our best work.’ That’s a leadership challenge,” Tucker says. “It’s painful right now looking at the landscape with a lot of skilled, sharp people having to go.”

Hollywood has seen seesaw periods of employment in the past around recessionary periods. But this time around, analysts see the business downshifting for good in many respects. “The changes they need to make and the investments that they need to make in content — they just require much thinner cost structures to be successful,” Nathanson says.

Tucker sees clear and honest communication as a key asset in leading through trying times.

“As a leader, it’s about explaining that it’s not just senseless cutting for the sake of cutting,” he says. “As demoralizing as it is that some jobs are going away, they need to explain that the company will be healthier for it and talented people will be better off for it in the long run.”

Article by: Cynthia Littleton for Variety.