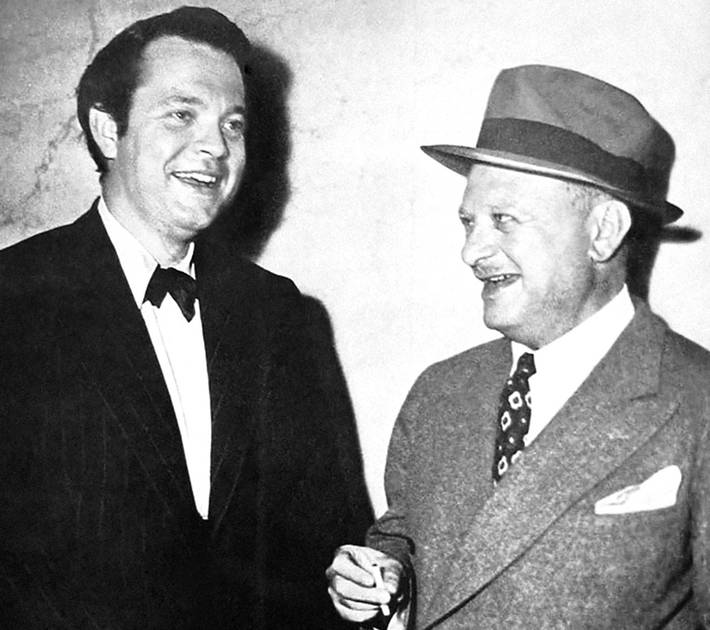 In 1939, Herman J. Mankiewicz was a forty-two-year-old screenwriter, acclaimed in Hollywood not only for the lines of dialogue he wrote for movies but for the ones he delivered in life. In nearly a decade and a half in the business, he’d found success at Paramount working with Josef von Sternberg and with his friends the Marx Brothers, and at M-G-M writing on “Dinner at Eight” and, briefly, “The Wizard of Oz,” where he had the idea of filming Kansas in bleak black-and-white and Oz in Technicolor. But he was best known as one of the great personalities in the film business. He’d migrated to Hollywood from New York City, where he’d been The New Yorker’s first theatre critic and a member of the famed Algonquin Round Table, and he carried that group’s spirit of cynical candor and acerbic bravado to the movie community. In commissaries and at cocktail parties, he was known for his learned insights and his unpredictable politics (he wrote, at great risk, an anti-Hitler script in 1933, yet he was opposed to American involvement in the Second World War, and even called himself an “ultra-Lindbergh”) as well as for the style with which he delivered them. He was also habitually drunk and wildly impolitic, known for the scenes that he made and the insults that he flung. His work habits were notoriously dubious: a compulsive gambler, he spent ample studio time placing bets and listening to horse races; a social whirlwind, he talked the day away in person and by phone. He lampooned and defied his bosses, and got fired from every job he didn’t quit. By the summer of 1939, he was unemployed, which is how he found himself desperately available when a twenty-four-year-old newcomer to Hollywood by the name of Orson Welles offered him a job.

Welles, prolific and precocious, had become a stage star at sixteen, a major theatre director at twenty, and, in 1937, the co-founder (with John Houseman) of the Mercury Theatre company; he’d become a radio star at twenty-three, and become infamous, in 1938, for the radio broadcast “War of the Worlds,” the tale of an invasion from outer space, told in the form of faux news bulletins, which many listeners mistook as real. He’d also made two independent films on the side. The week of his twenty-third birthday, he had been featured on the cover of Time magazine. But whereas Mankiewicz was a Hollywood insider, Welles was despised by the movie industry in advance, resented and derided for his youth, his fame, his intellectualism—and his contractually guaranteed freedom. He had signed a contract with R.K.O. studio to produce, write, direct, and act in two movies, for which he, alone among Hollywood studio filmmakers, would be allowed final cut. He initially brought Mankiewicz on to ghostwrite radio programs, but their collaboration soon shifted, and Welles recruited him as a co-writer of the first film.

Article by: Richard Brody for the New Yorker.