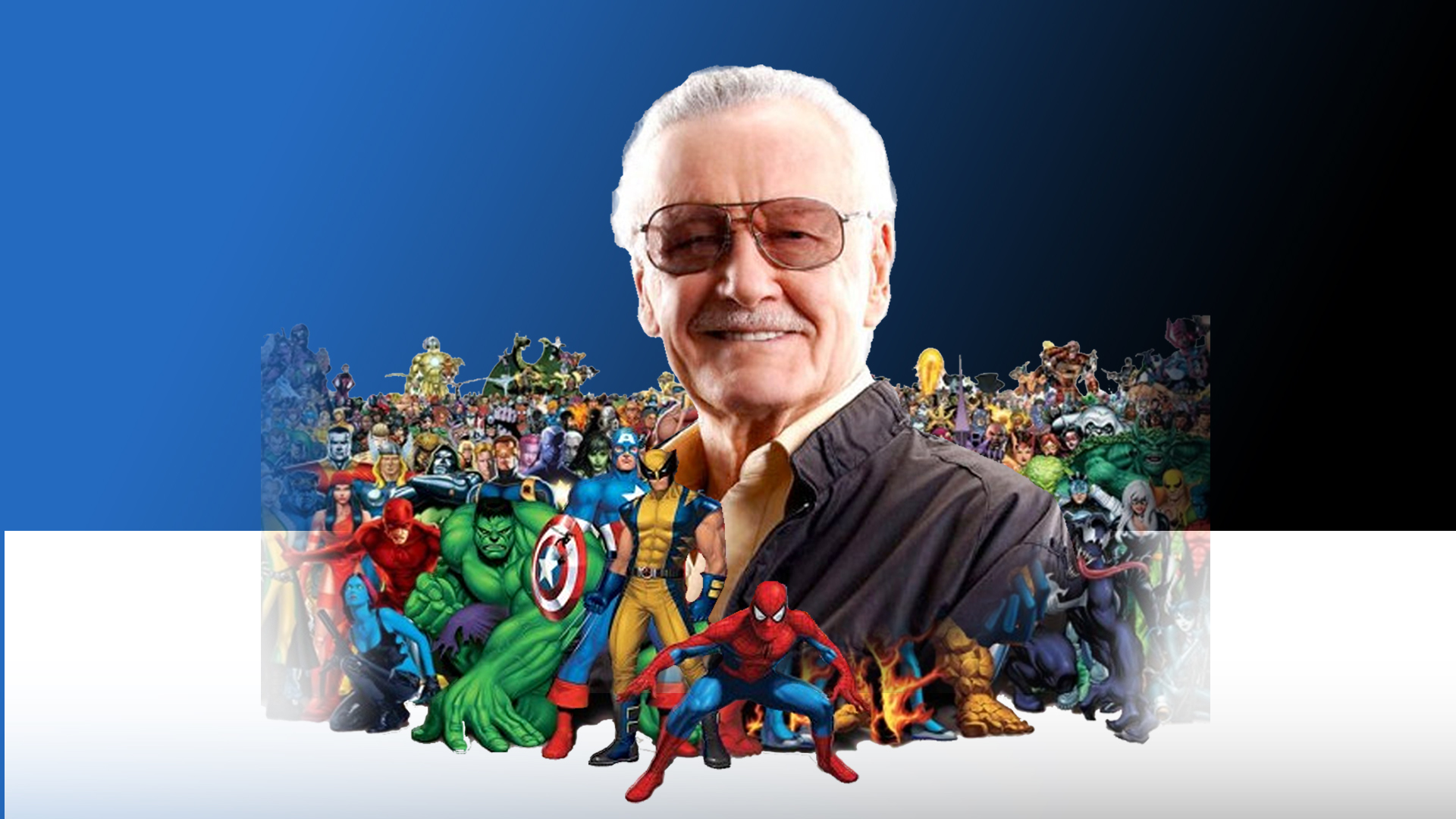 Who would have ever thought that a guy who published comic books would ever preside over a movie empire? Well, I'd be lying if I said me, but I can say this: Both me and all my comic head friends wished for it.

Yes, in 1975 when I 1st started buying comic books, we'd thrill to the adventures of Spider-Man and The Incredible Hulk. We always imagined them as movies. of course in those days, very few of the screen (big or small) adaptations were ever satisfactory. They were usually vey cheaply made groaners that were less than impressive. Still, we lapped them up, hoping one day, a big screen adaptation would finally come around and change the game.

That day finally happened, when, in 1978, Warner Brothers made Superman, the Movie. Now, of course, we know Stan the man had nothing to do with that film but, he did have a LOT to do with the creation of many of the most iconic comic book characters ever seen, including the aforementioned Spidey and the Hulkster. And when Superman hit, it ushered in a whole new era for Hollywood. It wouldn't be long before another  DC character, Batman, broke through and then eventually a slew of Marvel characters, most created by our guy, Stan.  Now we have huge summer, winter and fall films devoted to characters like Venom, The Guardians of The Galaxy and a whole host of Marvel creations, many of them, Stan's.

I had the pleasure of meeting Stan at Comiccon about 7 years ago for an interview. You knew he was, even in his late 80s still a kid. He still had that wonderment in his eyes..most specifically because my female companion wore a period piece costume that was quite, shall we say, prodigious in the upper half. Stan, CLEARLY took delight in that interview! But he also took delight in the comic-turned-movie empire he had created.

As one little kid who grew up loving those creations, I must say thank you. Thanks Stan-the-man for Black Panther, the Fantastic 4, Spiderman, the Avengers and SOOO many other comics that eventually lept to life on the big screen. I hope I can have half the fun in my creative life that you clearly had in yours!