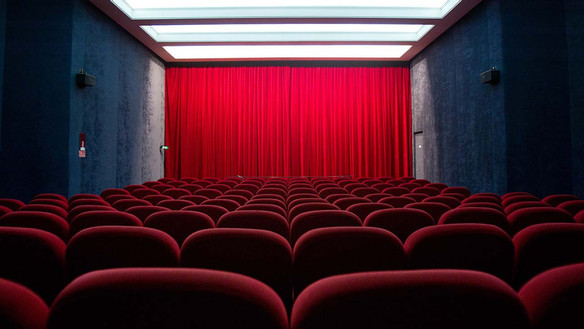 Over the next five years, it will contract at a 2.4 percent compound annual rate, says PricewaterhousCoopers in its 'Global Entertainment & Media Outlook 2020–2024.'

After a 3.6 percent increase in global cinema revenue in 2019 to $45.1 billion, the coronavirus pandemic will this year "cause the global market to contract sharply," research and accounting firm PricewaterhouseCoopers says in its annual forecast, predicting a 65.6 percent drop to $15.5 billion "as many screens are forced to close and major Hollywood releases are delayed."

The firm warned that "the whole cinema ecosystem will be dramatically affected," with cinema revenue, comprised of box office and cinema advertising (but excluding concession sales in cinemas and movie merchandising), set to contract globally at a 2.4 percent compound annual rate from 2019 to end 2024 with $39.9 billion.

In 2009, the last year the global economy shrank, total global entertainment and media (E&M) spending fell by just 3.0 percent. PwC's projections show that in 2021, spending will grow by 6.4 percent. Looking across the five-year forecast period to 2024, the firm is forecasting a 2.8 percent compound annual growth rate.

The Global Entertainment & Media Outlook 2020–2024 report also highlights that "the way U.S. studios now reach their customers is changing." Most have been setting up their own streaming platforms, for example. "Fewer films are being released theatrically in North America, but this hasn’t been affecting revenues," PwC also noted. "With such high demand from streaming platforms, rates of production are likely to remain constant or to increase over the forecast period, although there will be a short-term pause in 2020 due to the pandemic."

Speaking of streamers, PwC argues though that they haven't hurt Hollywood's movie sector like some have warned. "Just as in the past, the disruptors have ultimately benefited rather than damaged the film industry," it said.

The annual PwC report highlighted a 2019 rise in box office revenue from Chinese films as four of them made it into the global box office top 20. even if "almost entirely on the basis of their domestic performances."

"China has had box office hits before, such as Wolf Warrior 2 in 2017, but these have tended to be sporadic," PwC explained. "The successes of Ne Zha ($726 million), The Wandering Earth ($699 million), My People My Country ($450 million) and The Captain ($416 million) showed that the Chinese are making Hollywood-style production values in every field: action, animation and sci-fi." While they had "limited success" in other Asian countries and overseas profits were "minimal," the firm highlighted: "As their success attested, the Chinese market on its own is now big enough to generate revenues similar to those of the biggest Hollywood titles."

However, after in 2019 forecasting that China will in 2020 overtake the U.S. as the top box office market in the world, it has changed its tune amid the pandemic. "The U.S. will weather the COVID-19 storm more successfully than China, due in part to its more developed market," the firm argued in its latest forecast. "Over the next five years, the U.S. will extend its lead as the world’s largest market, despite revenue contracting over that time period. In 2024, revenue will total $10.0 billion in the U.S., while China’s market will be worth $8.1 billion."

Article by: the staff of the Hollywood Reporter.