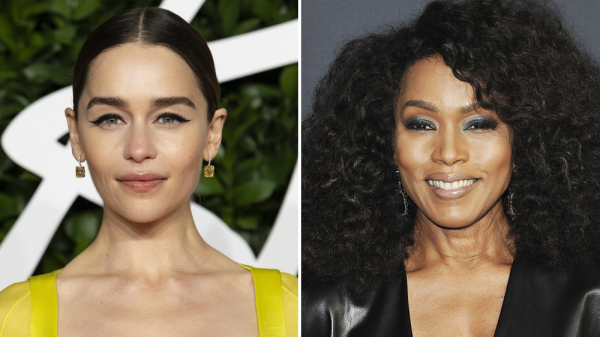 Diverse storytelling and representation are the core focus for Angela Bassett and Emilia Clarke, who are serving as jurors and mentors during this year’s sixth annual Tribeca Through the Lens filmmaking program.

“The biggest reason I wanted to be a producer was that I had spent a huge amount of time in several very big machines where I got to have a very fulfilling role but I felt left out of a bunch of rooms, and as a creative human I wanted to be in them,” Clarke told Variety ahead of Tuesday’s virtual Through Her Lens: The Tribeca Chanel Women’s Filmmaker Program luncheon. Actors, directors, writers, producers, casting directors, executives and costume designers all came together to support their filmmaking community and the emerging filmmakers selected for the program.

The actress-producer, one of the mentors who will sit on the three-day program and has set up her own production house, went on to say the motivation to produce came from a need to be heard. “The smaller films you do, and the better well known you get, your  voice can be heard, but not in the beginning [when I was starting my career]. That left this gaping hole in me where I want to be a part of telling the story, the whole story. I want to be on set, knowing the reason why this script came into being.”

Clarke talked about the lack of diverse storytelling that exists within the industry and championed the need for more stories about the underrepresented. “I’m interested in the stories we are not seeing and the cultures that we know nothing about. If you give them a chance to be the story, then I’m interested, then there is a whole fresh, new light to it.”

Inspired by female filmmakers such as Sofia Coppola and Greta Gerwig, Clarke hopes to help bring those underrepresented stories to the foreground. “Hopefully someone will watch “Game of Thrones,” see me and see me as the woman with the dragon and want to see what I’m up to,” she joked.

Angela Bassett, who voices “Dorothea” in Pixar’s upcoming “Soul” and serves on the jury alongside Angelica Ross, Channing Dungey, Kirsten Dunst, Lucy Boynton and Uzo Aduba, also took a moment to reflect on diversity saying,” It’s interesting because we say, ‘art reflects humanity’ and it seems that during with time with all that has been going on in our world really has made an impression on our industry.”

Bassett went on to say, “We know the influence the industry has around the world, and this is a moment that is seriously being considered.”

Bassett said she believes the #Oscarssowhite movement was a brief fleeting moment, but “this seems to be a more intense opportunity to make a change by giving, women, minorities, Indigenous people and people of color a real opportunity to bring their stories to bear.”

Rosenthal, who has produced over 55 films including “The Irishman” and “The War With Grandpa,” talked about the need for government to step in and subsidize the industry and artists who are not working. Rosenthal said, “Let’s look at New York, the artists out of work, small businesses that are out of work, Off-Broadway, places like The Shed and The Armory and Broadway, there definitely needs to be some type of WPA program for artists right now until we can gather.”

The conversations on diversity and government were very much a focus of the luncheon. “In an age of misinformation and disinformation, there is something louder than words, and that is action,” Rosenthal said during her introduction. “We all have to be action heroes, whether that is by voting or telling a story or mentoring the next generation. Each one of us has the tools and the power to do something that breaks through. We have our own power to act. Creating a sustainable plan for change by telling stories that can’t be ignored, twisted against us, or interrupted is what Through Her Lens is all about.”

Director and producer Mira Nair added, “There is nothing more powerful than one’s own skin color, poetry, music, and experience.”

The Through the Lens conversations are available to stream on Tribeca’s YouTube channel.

Article by: Jazz Tangcay for Variety