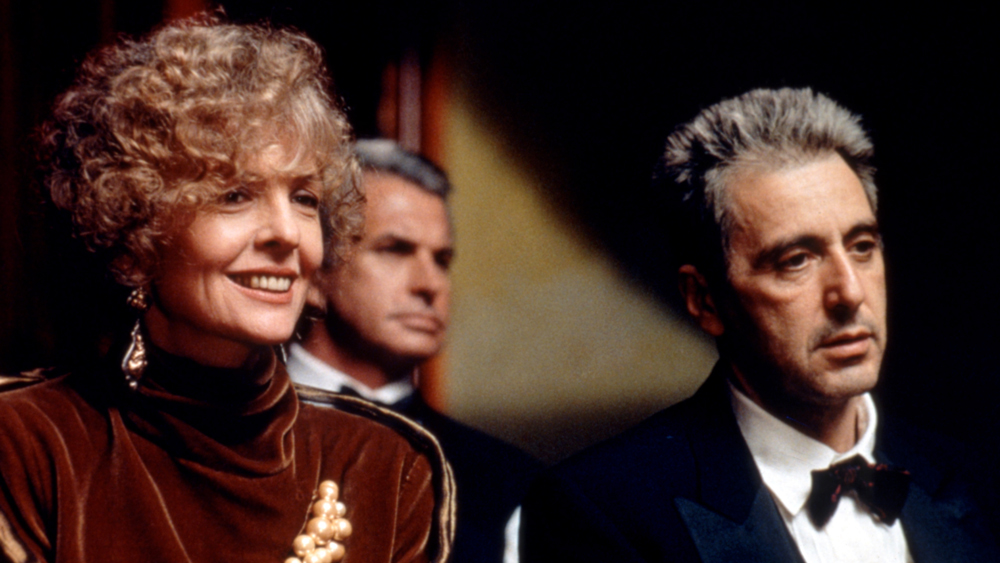 It was a call that took Diane Keaton by surprise.

Three decades after “Godfather Part III” opened to middling reviews and box office grosses, Francis Ford Coppola returned to the editing bay to tinker with a film that was largely dismissed as a disappointment. Coppola shuffled scenes around, changed music cues, and affixed a new beginning and ending to the three hour epic, now rechristened “Mario Puzo’s The Godfather, Coda: The Death of Michael Corleone.” Now, he was inviting Keaton, along with co-stars Al Pacino, Talia Shire, and George Hamilton to see the finished product at a private screening on the Paramount lot.

“It was one of the best moments of my life to watch it,” says Keaton. “To me it was a dream come true. I saw the movie in a completely different light. When I saw it way back, it was like ‘Oh, I don’t know.’ It didn’t seem to do that well and the reviews weren’t great. But Francis restructured the beginning and the end and man, I’m telling you it worked.”

It wasn’t just critics and audiences who were cool to “The Godfather Part III” when it opened in 1990. Keaton was one of the people who found the initial film lacking.

“I don’t know why people didn’t appreciate it, but I was one of them,” she admits. “What was wrong with me? Why didn’t I like this before? But I didn’t. I kind of just dismissed it and thought, ‘oh well.'”

She’s convinced that Coppola’s re-edit will make people reconsider the film, as well as one of its most maligned elements, Sofia Coppola’s performance as Michael Corleone’s daughter, Mary. The knives were out for Sofia Coppola when the movie premiered. She had barely any acting experience when she stepped in for an ailing Winona Ryder just prior to shooting, and reviewers excoriated her performance, calling it flat, amateurish and unconvincing.

“That’s not going to happen anymore,” Keaton says, arguing the new edit gives Sofia Coppola’s performance more of a chance to shine. “She’s what a daughter would be like if you had this guy as your dad, the head of a criminal organization. She was not so sure of herself and is kind of quiet. Kind of haunted. I thought she was fantastic.”

Keaton said re-watching the film reminded her of the fun she had during its production.

“It took me back,” says Keaton “At that time, I was kind of with Al. I really liked [co-star] Andy Garcia. We were shooting in Italy. It was a special time.”

The actress was even able to put aside her long-standing aversion to watching herself on screen.

“It’s never fun to see me,” says Keaton. “I live with me. I don’t want to see me on screen. Enough’s enough. A little of me goes a long way.”

Despite being her own harshest critic, Keaton sees her work as Kay Corleone, Michael’s estranged wife, as one of the highlights of a career that includes beloved films such as “Reds,” “Annie Hall” and “Something’s Gotta Give.”

“These are really powerful films,” says Keaton. “They’re filled with this criminal world. There’s an intensity and family issues. I think it’s pretty easy to understand why they’re loved.”

“Mario Puzo’s The Godfather, Coda: The Death of Michael Corleone” will be available on-demand and on Blu-ray on Dec. 8. However, Keaton hopes people will eventually be able to see it on the big screen, as she did that day on the Paramount lot.

“I just hope people can see it in a theater with great music and great sound, so it can sweep you away,” she says. “I like movies big. I like them in my face. You’re engrossed in them that way. It takes you out of your mundane, idiot life. I speak for myself, of course.”

Article by: Brent Lang for Variety