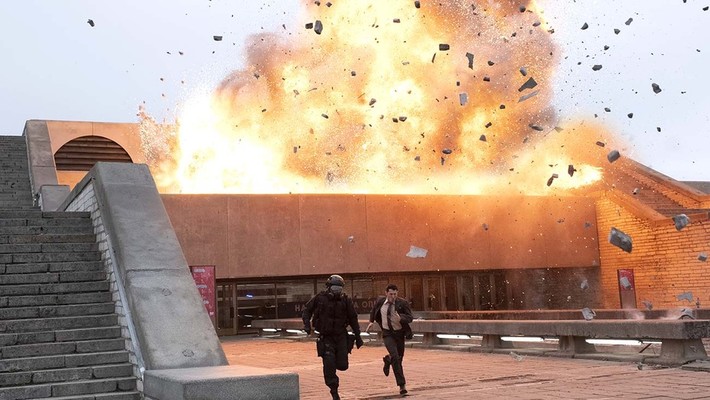 Almost every other Hollywood tentpole scheduled for this fall has delayed its release or gone straight to the home video market.

Speaking out for the first time since his latest movie opened in theaters, filmmaker Christopher Nolan says that Hollywood studios are drawing the "wrong conclusions" from Tenet's box office performance at the expense of distressed theaters.

"Warner Bros. released Tenet, and I’m thrilled that it has made almost $350 million. But I am worried that the studios are drawing the wrong conclusions from our release — that rather than looking at where the film has worked well and how that can provide them with much needed revenue, they’re looking at where it hasn’t lived up to pre-COVID expectations and will start using that as an excuse to make exhibition take all the losses from the pandemic instead of getting in the game and adapting — or rebuilding our business, in other words," Nolan told The Los Angeles Times.

Throughout the summer, Nolan — a champion of the cinematic experience — was adamant that his big-budget espionage tentpole open around the globe as soon as it was safe to do so. In North America, where Tenet unfurled over Labor Day, that meant opening without such major markets as Los Angeles, New York City and San Francisco in play.

Almost every other Hollywood tentpole scheduled for this fall has delayed its release or gone straight to the home video market.

Tenet was originally set to hit the big screen in mid-July, but was pushed back several times because of COVID-19 and ongoing theater closures. It rolled out overseas in late August, ahead of the U.S.

Tenet has grossed a tepid $53.8 million domestically. Internationally, it has fared notably better, grossing $293.3 million for a global total of $347.1 million through Nov. 1. Movie theaters throughout Europe and Asia rebounded in a major way this summer, although in recent days, a surge in COVID-19 cases has caused reclosures in major European markets.

Tenet cost $200 million to produce before marketing and is facing losses in the tens of millions.

Both were asked about the future of moviegoing.

"Well, it’s a difficult question to speak to. If you’re talking about the acceleration of existing trends, that’s something I started reading right at the beginning of the pandemic. And it ignores the reality that 2019 was the biggest year for theatrical films in history. They’d made the most money. The admissions were huge," Nolan said.

"Long term, moviegoing is a part of life, like restaurants and everything else," he continued. "But right now, everybody has to adapt to a new reality."