The Sacramento film scene is coming in hotter than ever, as locals in our community have started to make a name for themselves in the entertainment industry.  Feature films have started to come out, with names of directors and producers coming straight from Sacramento. One filmmaker, in particular, Felipe Cisneros, has recently come out with his very first sci-fi feature called "One and the Same".  On March 29th, I received an opportunity to not only talk to Felipe about his come-up in the film industry but of course his new feature film "One and the Same" that is out now!

After watching the CFF breakdown and also doing some digging, I found out you actually started off as an Actor but then later on you became a director and I'm wondering why was that?

I never got that far into acting. I actually took a couple of courses and got a feel into the field of arts. I realized I was interested in movies and figured that that was a good place to start and get used to it (early on). After taking acting, I realized that I wasn't able to apply it to life. I was living in  Oregon, where there were not many acting opportunities- before backstage and actors access that we had to actually hear from somebody about those kinds of opportunities. A few years later, I retraced back to film and acting and that's where for a lot of people stuff can change. Acting was not for me and I think I was interested in it because I glamorized it. I was unsure if I was going to sustain it and I wasn't confident enough to pursue it. Especially because acting is those things where it can be very consuming, and you may have to drop a lot of things. I was past that point where I could have just dropped everything and go to LA to pursue it.

Once that happened, I had to put my career on pause and I wanted to explore more options that were able to help me add value to film. I thought to myself "What else can I do?" I was proficient in writing and while taking it at school, it came to me naturally - ideas for films. It never struck me that in film this was something I should go and combine together. I ended up doing lots of research by reading, googling, and doing deep dive searches. "This is a program I can use" and I kept flushing out ideas until I finally felt comfortable enough to tell a story. Once my first short film came out, I decided to just go for it.

Was there a specific film or director that inspired you to work in this industry?

When I was younger I had a lot of things stick with me. Especially because while I was growing up there was not as much content out so there would be a lot of reruns of the same shows.  One that I was stuck watching a lot was Big Trouble in Little China, and it had a blend of Sci0Fi, humor, drama, and action. I remember thinking that film was larger than life and up to now, it's still stuck with me.

Genres that you are taking on with things that you do, there are ideas that are also out there as well. I can't pinpoint it exactly to that film, but I do want to say it was very impactful and influential.  I would strive to create at least one piece of work people would like to rewatch from any point in their lives. What are your goals,? For example, do you want to impact the local community, inspire smaller filmmakers? Personally, I love how your recent film, makes it much more meaningful especially to locals that it was created by someone from Sacramento.

When I first started out, I was lacking because although I was trying I needed somebody to tell me how to get started. It took a minute to find somebody to take me under their wing. Nick Leisure showed me how to be on set and I started to pick things up. Before that point, I didn't know much about it and I was lost and I really wanted to create something but I didn't know-how. Having someone to help and give guidance was exactly what I was looking for because I didn't know what it felt like to create. It can feel discouraging but once you see hope it all clicks and comes together. This leads me to the point I wanted to make which is that I'm all about the community aspect. It's impossible to do everything yourself, there is a role for everybody and also a rewarding feeling when you achieve that unity. Once I started creating, I wanted to feel more of that personal satisfaction of having everyone come together and work with so many parts.

What aspects of production were something you had to familiarize yourself with/ had assistance with?

The feature film was bigger than any other thing. I've created short films before but there were still pieces that I know that I still had to learn.  On "One and the Same" I had an even bigger picture of the responsibilities. Working with a crew of 30+. There were people on set doing multiple things that I wasn't familiar with and I was back to asking more questions. I didn't know there were so many roles on set, and I realized my scope was small and limited. This new film opened up more possibilities and knowledge that my biggest takeaway was the production process itself. Transitioning into your recent film "One and the Same" what was the plot inspired by and was there a significance of it being set in Sacramento?

Honestly yes. This story was set in 2 places. I wanted to do a small city and one big city.  Sacramento is a big city don't get me wrong, but compared to SF it's different. I wanted a small-town feel like Sacramento, and a big city feels like San Francisco. Unfortunately, I wasn't able to get the locations I wanted due to the costs and cutting out a large part of our people. Instead, we took it to Baja, and I got creative and I was able to get locations I wanted while keeping the locations similar to Sac/SF (not identical). I also added in some small details so people could get a glimpse of where the story was set. As an example, one of the newspapers in the film said "Lincoln Newspaper: and I wanted to remind people that these are places I am familiar with and grew up in.

Knowing that this production only 16 Days, Can you go more into how the experience was like, and the pressure if any you faced?

That's funny because I created two short films in the past and I was also faced with similar situations. I was creating longer shorts of about 20 minutes and due to funding and budgets, I had a 2-day time frame. I was very ambitious and it was hard to do. My back was almost up against the wall, and it's like at that point I HAVE to do it.  It really was impossible, I had to literally do pickup shots in Sacramento. 16 Days allowed no room for error and only some errors had to be made up the next day. Toward the last week, we could no longer spend time on certain things and so right down to the wire there was such immense pressure that I knew I could not come back with failure. Some people can actually excel with pressure, but at this point, I didn't put too much focus on certain things and I pushed past it. Once the filming began, I was like "well I have to keep going I can't focus on it now" almost every day. Something that did help me out, was that the crew had professionalism. I'm glad to be able to have people on my team who lead the way and helped me get through it. They offered me alternatives if certain plans did not work out the way I wanted to, which greatly helped because I was focused on other aspects. Not to mention, as a director you need a crew of experts who can pick you up when you're tired and winded.

Did "One and the Same" run into any issues due to the pandemic post-production?

We wrapped up in February 2020 and that's when we began to start submitting to festivals. We were watching the situation unfold, and that was when we had to pull the plug on our festival. We weren't going to throw money out and have it not happen. It was very unknown and we had to wait for feedback and audience testing to see what they thought. This also gave us more of a chance to reshoot and add more additional scenes. We ended up altering the film and making it that much better and accessible. It worked out for the best and things would've been better if we submitted to the festival but it wasn't in our cards. What we worked out then, was pitching to directors and that was a whole other process until we got picked up by a distributor. I think that's what all filmmakers want is for their film to find a home after so much hard work has been put into it. 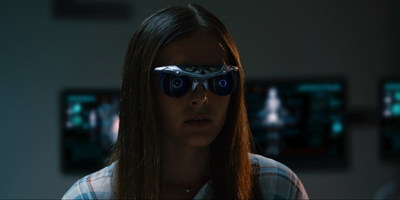 Thank you, Felipe, for taking time out of your schedule to have an interview with me. Before you go is there some advice you'd give to someone who wants to break into this industry?

With my experience I feel like doing films is very different when creating in your early 20's versus the '30s. You have a lot of room to play around with and do what feels right for you. Most people in their thirties have jobs, families, and other responsibilities. People spend years doing short films but for those who are trying there is NO rush and anyone can jump into this industry. It all comes down to trying and not getting discouraged.

Again. Figure out what it is that you want to do and play around with genres you're into until you eventually feel comfortable in your skin. Get more experience on set because that's where you'll learn the jargon and the process of things. It also doesn't hurt to do more research, and if you do a good blend of both you can get it done. There is no reason why you couldn't but use the resources you have, like shooting on an iPhone is possible. Not everyone has expensive equipment.

Felipe's film, One And The Same, is out on all streaming platforms now.. Check it out!

By Sarai Argueta for CFF