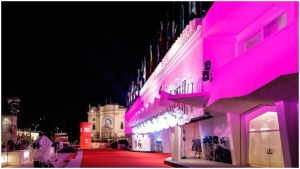 More than 40 leading film festivals, and eight film industry organizations have called on global policy makers to support the sector that has been badly affected by COVID-19.

Berlin artistic director Carlo Chatrian and executive director Mariette Rissenbeek said: “The Berlinale is the platform for cultural and social discourse in Berlin, and a vital motor for the international independent industry. It is very important public debate can take place through film and we want to express the need for festivals to be able to continue their role in the future.”

Venice director Alberto Barbera said: “The global film industry has never been hit so badly in its entire history. On the eve of the reopening of theaters and restart of film shooting, it is more than necessary to join forces and make the maximum support possible. Festivals are a powerful tool at the service of cinema, culture and social development, but they have been weakened too and need to be reinforced to be able to continue their crucial and indispensable work.”

“Film festivals are an exceptional tool for crossing the communication channels from the most distant places, giving audiences the ability to hear a rich diversity of voices,” said Toronto co-heads Cameron Bailey and Joana Vicente. “The economic impact the festival has on its host city is significant, creating jobs, bringing in tourists from all over the world, and stimulating employment in the service industries.”

Zinebi – International Festival of Documentary and Short Film of Bilbao

Article by: Naman Ramachandran for Variety.