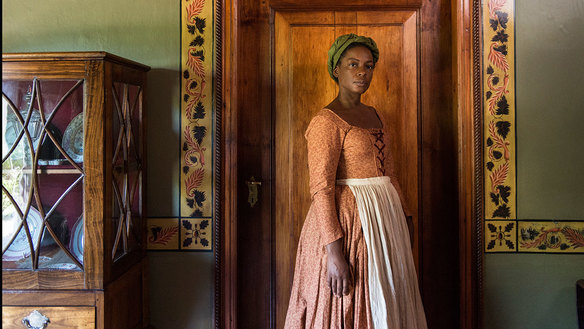 The move follows Black producers north of the border demanding an end to "systemically racist policies."

“The creation of a Black Screen Office will be a concrete step in helping address the imbalances that exist within Canada’s film industry and will work towards dismantling the systemic racism that exists," Christa Dickenson, executive director of Telefilm Canada, said in a statement after committing $100,000 annually to run a proposed Black Screen Office.

In July, around 75 Black Canadian entertainment professionals, including top producers, actors and directors, signed an open letter to the federal government in Ottawa — a major funder of local film and TV content — demanding an end to "systemically racist policies" that keep many from advancing their careers without heading to Los Angeles.

Black Canadian producers and directors want committed funding specifically for their projects, and not just for people of color as a whole.

At an Aug. 25 meeting, they urged Telefilm Canada to follow up increased financing for women and indigenous filmmakers, who got their own Indigenous Screen Office in 2018, with more targeted financing to support the development, production and marketing of projects by Black Canadian creators.

“This commitment will help to ensure Black screen-based content is made and seen in Canada and around the world," Jennifer Holness, Damon D'Oliveira and Joan Jenkinson, members of the Black Screen Office Ad Hoc Group, said in a statement of their own after Telefilm Canada lent its financial backing to a Black Screen Office.

While Canadians have access to a slew of U.S. TV shows created by African American showrunners like Scandal, Empire, Dear White People and Black-ish, local TV dramas and movies written by Black Canadians such as the CBC's The Book of Negroes and the Global comedy Da Kink in My Hair are rare.

Among exceptions currently on Canadian TV is the CBC legal drama Diggstown, created by Floyd Kane and picked up stateside by BET+.

The new fund will offer projects by diverse filmmakers a minimum distribution guarantee of $100,000 and an additional $100,000 in in-kind services from production rental, visual effects and entertainment software companies like William F. White International, Urban Post, MARZ and Entertainment Partners.

"Although our contributions can only be a small piece of a film's financial structure, we hope to work with Black, Indigenous and people of color filmmakers to help them strategically close their financing," Hilary Hart, director of distribution and acquisitions at Game Theory Films said in a statement.

Earlier, the Canadian federal government launched a drive toward greater diversity and inclusion on film and TV screens after the Academy of Motion Picture Arts and Sciences unveiled changes in its structure and voting regulations to similarly promote diversity.