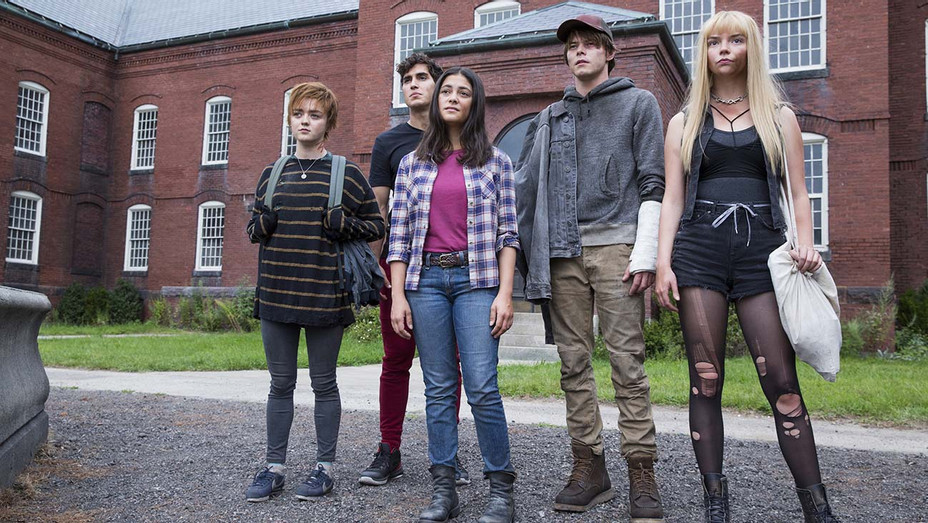 Elsewhere, 'Bill & Ted Face the Music' and the faith-based 'Fatima' debut in select cinemas and on PVOD.

The New Mutants will finally make an appearance on the box office marquee this weekend as more theaters across the U.S. reopen after being shuttered for five months because of the novel coronavirus pandemic.

Disney inherited the genre superhero pic in 2019 when acquiring 20th Century Fox, home of Marvel's X-Men universe. New Mutants faced plenty of troubles even before COVID-19 struck (the horror-themed film was first set to debut more than two years ago).

Indoor U.S. cinemas shut down in the latter half of March. Now, they have begun reopening in earnest in preparation of Christopher Nolan's Hollywood tentpole Tenet, which rolls out over Labor Day after opening first overseas this weekend.

The other nationwide opening this weekend is Searchlight's The Personal History of David Copperfield, starring Dev Patel and directed by Armando Iannucci. The well-reviewed specialty film made its world premiere at the 2019 Toronto Film Festival, and has the advantage of being the only PG comedy in the marketplace. (Disney also owns Searchlight).

Prior to the pandemic, projecting a movie's opening was a popular sport across Hollywood and Wall Street. Now, no one is exactly sure what would be a good gross or a bad gross, considering that capacity is capped at 5o percent on average in many cinemas. Also, theaters in California and New York, two of the country's largest moviegoing markets, do not yet have permission to reopen.

Disney isn't saying what it expects New Mutants to collect in terms of the film's North American debut. Box office analysts, however, are eyeing a weekend launch in the $7 million to $10 million range.

Last weekend, the road-rage thriller Unhinged took in a solid $4 million domestically from more than 1,800 reopened locations (it expands this weekend into more than 2,300 cites). The indie film, from Solstice Studios and starring Russell Crowe, was the first new wide Hollywood release to hit the big screen as cinemas began flipping on the lights again.

New Mutants is expected to play in more than 2,400 North American cinemas. It will also open in a few select markets overseas. The movie was directed by Josh Boone, from a screenplay he wrote with Knate Lee, and stars Maisie Williams, Anya Taylor-Joy, Charlie Heaton, Alice Braga, Blu Hunt and Henry Zaga.

In a telling sign of the current times, some films will open simultaneously this weekend on the big screen and on premium video-on-demand (PVOD).

That crop of films includes Orion Pictures' Bill & Ted Face the Music, which has booked more than 1,000 theaters — an impressive number for a dual digital release. Alex Winter and Keanu Reeves reprise their roles in the third installment in the iconic buddy comedy franchise created by Ed Solomon and Chris Matheson.

The weekend's biggest box office headline is likely to continue to belong to the Chinese blockbuster The Eight Hundred, which has grossed more than $16o million in its first week of play at the China box office. The epic war movie should cross $200 million this coming weekend in China, its performance is a much-needed shot of confidence for the global film business, which has been decimated by COVID-19.