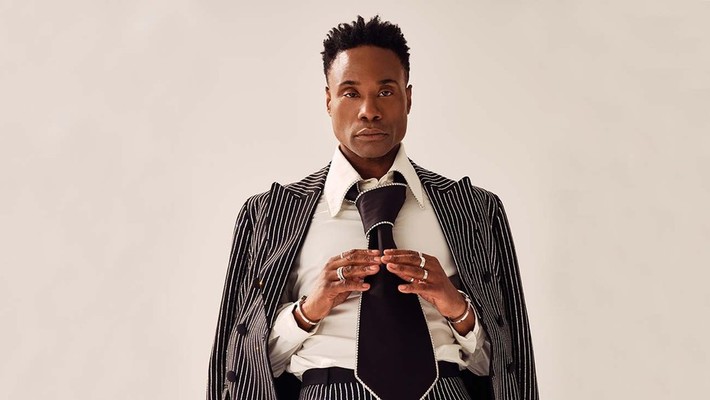 The feature, from writer Alvaro García Lecuona and producer Christine Vachon, will act as the first project for MGM's relaunched Orion Pictures.

Billy Porter is set to make his feature directorial debut with What If?, the first feature produced under the recently relaunched MGM label Orion Pictures.

Described as being in the vein of Booksmart and Love, Simon, the logline reads: "When high school senior Khal posts on r/relationships about his crush on Kelsa, a trans girl at his school, the internet encourages him to go for it. What follows is a modern coming-of-age story as the two navigate a high school senior year relationship that neither could have expected.”

The high school-set romance was written by Alvaro García Lecuona, and will be produced by Christine Vachon and David Hinojosa under their Killer Films banner, which recently signed a first-look deal with MGM. Andrew Lauren and D.J. Gugenheim will produce on behalf of Andrew Lauren Productions, the banner behind The Spectular Now.

Headed by Alana Mayo, Orion was relaunched with the intent to focus on features from underrepresented voices and authentic storytelling in film that amplifies underserved voices, both on- and offscreen.

Mayo said, “We couldn’t be more excited to work with Billy Porter on his feature directing debut and are privileged that he, Alvaro, and the producing team behind this special film have entrusted us with their vision for this beautiful, contemporary love story. What If? is perfectly emblematic of the ambitions we have for the new Orion Pictures: to tell stories about the totality of the human experience.”

Added Porter: “I’m thrilled to be part of this new space in Hollywood for telling all types of stories from all types of people. I am grateful to be in a position to usher some of these stories into the mainstream and I am humbled that heavy hitters like Christine Vachon and Alana Mayo have entrusted and empowered me in this insane time we all find ourselves in.”

Porter, an award-winning multihyphenate, earned an Emmy nod for his role in Ryan Murphy's Pose and a Tony for Broadway's Kinky Boots. His upcoming onscreen feature film credits include Sony's musical Cinderella, playing the Fairy Godmother, and voicing Audrey II in the Greg Berlanti-directed Little Shop of Horrors. He is represented by CAA and Industry Entertainment.

Garcia Lecuona is represented by APA and Vision Entertainment.