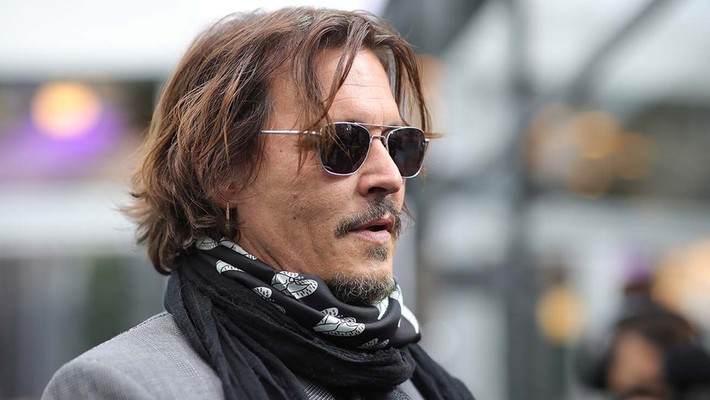 The studio will be on the hook for the star's full salary, even though he only had shot one scene since production began on September 20 in London.

On Nov. 5, the London crew of Warner Bros.’ untitled third Fantastic Beasts film were notified by the studio of a move that came as a surprise: Johnny Depp had been pulled from the shooting schedule.

The studio’s film chief Toby Emmerich had made the decision the previous day to sever ties with the star who was reprising his role as dark wizard Gellert Grindelwald in the five-film franchise. The call was prompted by a U.K. judge dismissing Depp’s defamation claims in a closely watched trial that pitted the actor against the publisher of The Sun after the British tabloid referred to Depp as a “wife-beater.” The judge’s ruling makes it a lot easier for news outlets to use similar depictions when referring to Depp’s stormy two-year marriage to actress Amber Heard, creating a PR headache for the studio.

Sources tell The Hollywood Reporter that Warners wanted to allow due process to take its course before making a decision on the embattled star’s future in the franchise. Once Judge Andrew Nicol ruled that he accepted Heard's testimony, which was detailed and painted a picture of Depp as an abuser, Emmerich’s decision was a fait accompli, with the studio opting to recast the role less than midway through the franchise.

Still, Warner Bros. will be on the hook for Depp’s full salary, even though he only had shot one scene since production began on September 20 in London. Like many A-list stars, Depp had a so-called pay-or-play contract, which requires that he be fully compensated whether or not the film is made and even if it is recast. As is common with stars of his level, there was no morality clause in his contract, even though it was amended with each new installment. Technically, Depp was not fired by Warner Bros. but asked to resign. It is unclear what recourse it would have had if the star refused.

Depp also is suing Heard for defamation in Virginia in a case that likely would be disruptive to the Fantastic Beasts shooting schedule, already thrown off course by the coronavirus pandemic. A judge recently ruled that Depp would have to appear in person for three consecutive days in November for an upcoming deposition.

In a Nov. 6 Instagram post, Depp wrote, “I’d like to thank everybody who has gifted me with their support and loyalty. I have been humbled and moved by your many messages of love and concern, particularly over the last few days.” But one source says that Fantastic Beasts writer J.K. Rowling — Depp’s highest-profile backer — did not push back on Warners’ move to cut the actor from the franchise. Rowling, who enjoys enormous sway at the studio because of her mega-successful Harry Potter series, wrote in a Dec. 2017 statement, “Based on our understanding of the circumstances, the filmmakers and I are not only comfortable sticking with our original casting, but genuinely happy to have Johnny playing a major character in the movies.”

While the first two installments of the Fantastic Beasts franchise have collectively grossed more than $1.4 billion globally, the second chapter, the Crimes of Grindelwald, declined from the first entry and took in $654 million. The third film is set for release on July 15, 2022.

The next Fantastic Beasts entry is described as a three-hander, with Depp, Jude Law and Eddie Redmayne sharing equal screen time. But with an eight-figure salary, Depp is the highest earner of the three thanks to his box-office track record that had been buoyed by the Pirates of the Caribbean movies. Disney has avoided weighing in definitively on the Depp matter by taking the next Pirates outing in a female-led direction with a script being currently written by Birds of Prey scribe Christina Hodson with Margot Robbie starring.

Depp concluded his Instagram post with a promise that “my life and career will not be defined by this moment in time.” But for now, he has lost out on perhaps his best opportunity to keep working in films made by the major studios, which are increasingly risk-adverse when it comes to #MeToo and domestic violence accusations.

Article by: Tatiana Siegel for the Hollywood Reporter.