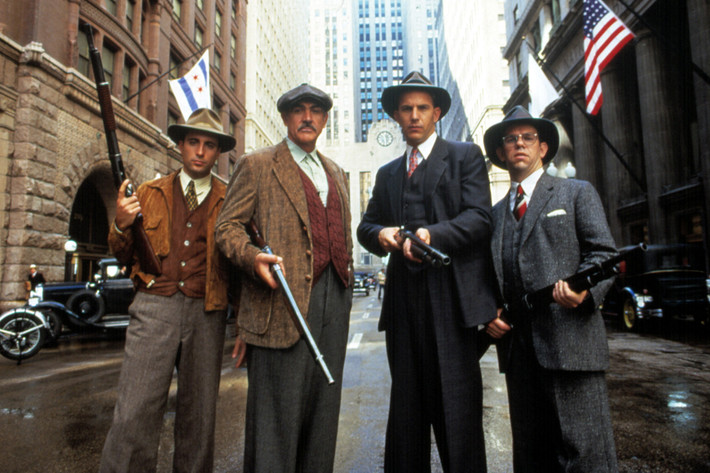 "I was one of the four, so we were together a lot. His sense of humor was always prevalent. He had a very dry, sort of sarcastic, observational humor that I very much appreciated," the actor tells The Hollywood Reporter.

One of the main reasons I was inspired to become an actor was because of Sean Connery. Growing up in the ’60s in Miami Beach, his early work made such an impression: Dr. No and Goldfinger in the Bond series. He was the hero of our times. I was a young man, and I was really enamored with Sean. I would go to the theater and sit and watch two and three screenings in a row when one of his movies came out. I’d spend the whole day in there. Start with the matinee, come home to dinner and then take in the evening show. I didn’t know that I wanted to be an actor at the time, but I was enthralled with what I was seeing. I would say Sean along with Steve McQueen and James Coburn and Peter Sellers in the comedic world [inspired me].

It was destiny that I got to work with him in The Untouchables. God works in mysterious ways. It was a great privilege for me. It was one of those things you think that someone will put a hand on your shoulder and say, “Wake up. It's all been a dream.”

We rehearsed for a week or so before we started [shooting] in Chicago. I remember during rehearsal, he was jabbing me with a clipboard that he had in his hands with the little metal part right in my ribs. And I remember knocking it out of his hand. And then he was like, “I like that. Let's do that in the movie.” So that's why it's in the movie like that, because Sean was provoking me to get a reaction. Once I did, he said, “Good. I like this kid.”

We were doing a scene where I had to go down the hallway. The camera was looking down the hallway, and he was off camera. It was me answering the phone and having a conversation with him. But he was ready to go play golf right after the scene would be over. So I went in there to answer the phone, and Brian De Palma said, “Cut.” And I walked back to where they were, and Brian said, “Andy, we didn't see your face.” And then there was a discussion about how I’d answer the phone. I didn’t want it to look corny. And Sean looked up to me and said, “Come on, kid, it's not Hamlet: Just answer the phone, turn around; let's get out of here.” So. I did another take. Brian says “Cut. Andy, we only saw one eye.” And Sean, with his great sense of humor, said, “You saw two eyes. They’re just very close together.”

His sense of humor was so quick, and you could be the butt of his humor very easily. And he would take it as well as he could give it. I would riff with him and try to hold my ground. And that was my relationship with him in the movie as well. I had to always come back with something. He wanted you to come back. He didn't want you to lay down. I made him laugh, and he treated me very warmly. He loved kids. He loved the fact that my kids were around on the set, and he would play with them. That showed the warmth of his character.

Sean took his work very seriously. He was a consummate actor, and he was highly prepared, so he set the bar very high. As soon as he walked into the room, he was ready, and you had to be ready around him. You had to show up ready to go. He had this masterful touch, imaginative, a sense of interpretation that he had with all of his parts going back to the early Bond.

The last time I saw Sean was at a tribute that we did at the AFI [in 2009], and I was honored to speak about him. After the event, we went together to an afterparty and sat together. We had a cocktail or two, and it was a beautiful thing. I never saw him after that. He lived in the Bahamas. He said, “Come to Nassau. We’ll play some golf.” I thought to myself, “Yeah, I gotta go do that.” I never did. It's a regret I have.

Raise your glass for him. It's never too early to toast Sean Connery.

Article by: Andy Garcia and Tatiana Siegel for the Hollywood Reporter.