The feud between AMC Theaters and Universal Pictures, which started over the video on-demand release of “Trolls: World Tour” in March, is over. 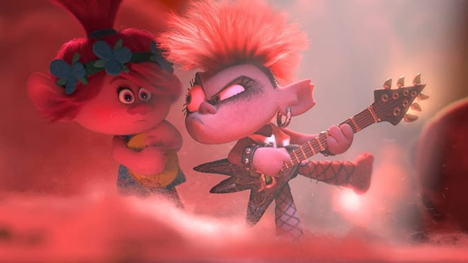 On Tuesday, the two companies announced an agreement that would see AMC show Universal films on the big screen once more and grant Universal a smaller theatrical window so it could make its titles available on-demand sooner.

As part of the deal, Universal and Focus Features must play movies in cinemas for at least three weekends, or 17 days, before releasing those films on premium video on-demand platforms. Previously, theaters would have the exclusive rights to films for 90 days.

“AMC will also share in these new revenue streams that will come to the movie ecosystem from premium video on demand,” Adam Aron, CEO of AMC, said in a statement.

Neither company disclosed the full terms of the deal, stating that it was confidential.

“The theatrical experience continues to be the cornerstone of our business,” Donna Langley, chairman of Universal Filmed Entertainment Group, in a statement Tuesday. “The partnership we’ve forged with AMC is driven by our collective desire to ensure a thriving future for the film distribution ecosystem and to meet consumer demand with flexibility and optionality.”

The quarrel between AMC and Universal started in March. Due to growing concerns over the coronavirus pandemic, Universal released “Trolls: World Tour” in theaters and on-demand on the same day.

On April 10, the “Trolls” sequel became available as a digital rental for $19.99. With the majority of theaters closed, save for some drive-in locations, the film was primarily watched on-demand by an audience that found itself hunkered down at home during the early days of the U.S. coronavirus lockdown.

Three weeks later, NBCUniversal’s CEO Jeff Shell touted the digital success of the film, which had racked up nearly $100 million in rentals, and suggested the company would do more simultaneous releases in the future.

While this figure was smaller than the $153.7 million that the first “Trolls” film collected at the domestic box office, the revenue that Universal has secured was about the same for the two films because digital sales take less of a percentage from studios’ earnings.

Theater owners will typically take about half of a film’s gross, while 80% of the digital rental fee goes directly to the studio.

Exhibitors were already feeling antagonized by the initial simultaneous “Trolls” release, leading AMC to announce it would no longer showcase Universal’s film slate at its more than 1,000 locations. 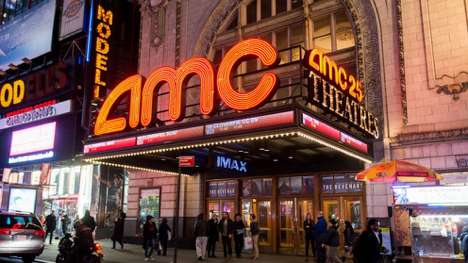 After prolonged theater closures in the U.S., the result of rising coronavirus cases, and the constant push of Hollywood blockbusters from the release calendar, AMC’s stance has softened and it was able to strike a deal with Universal.

“AMC enthusiastically embraces this new industry model both because we are participating in the entirety of the economics of the new structure, and because premium video on demand creates the added potential for increased movie studio profitability, which should in turn lead to the green-lighting of more theatrical movies,” Aron said.