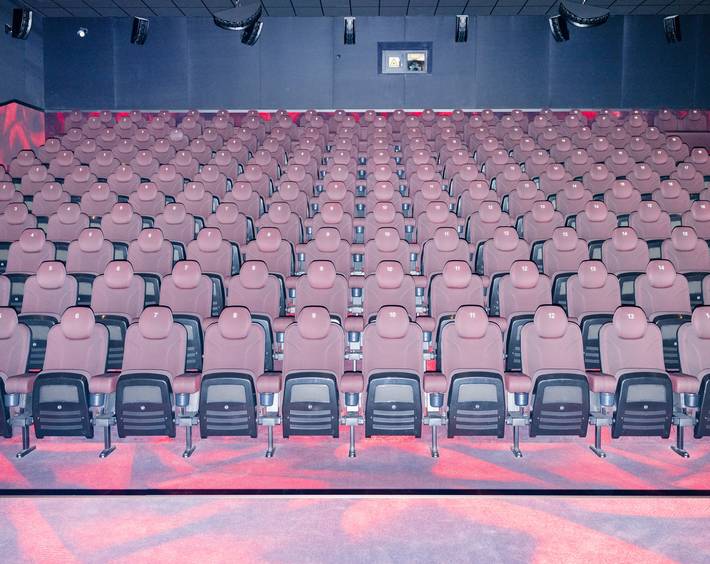 For much of the past year, movie theatres were closed nationwide; now they’re open again in most states, and films are being shown in them, but studios are keeping their biggest releases on hold for now, and audiences are staying away. The Regal Cinemas chain closed its doors altogether, nationwide (but reopened a handful of theatres in New York State last week); AMC is threatened with bankruptcy. With American movie theatres teetering on the edge of extinction and, in any case, shunted into irrelevance, a strange and tragicomic side effect is afflicting the art of film: the end of buzz. It’s odd to think that it matters. As buzz proliferated in recent decades, it seemed like mere noise—the distracting clamor of advertising and its amplification, publicity and its reprocessing, the substitution of celebrity adulation for critical perspective, the prioritizing of commercial success over artistic achievement. I’ve complained often of such things. But, with the disappearance of massive blockbuster publicity campaigns, the cutting off of star-studded film festivals, and the near-total shutdown of the production of new movies, the absence of buzz is eerie. The movie world now reminds me of New York City in the early days of the pandemic, when the traffic was nearly stilled and the sidewalks nearly empty and one set of footsteps echoed with a disturbing prominence. The world of movies, more than any time in recent memory, is a ghost town.

This current crisis isn’t a crisis of the art of movies—it has been a superb year for new releases, despite, or quite possibly because of, the lack of major studio fare. With the reduced impact of theatrical releases, many movies have been rushed into online distribution—whether on major streaming platforms, “virtual cinemas” on the Web sites of art-house theatres, or on less prominent, independent sites. What’s more, many of these movies came along during the summer, when in ordinary times they’d have been competing with studio behemoths and Hollywood-adjacent releases. Yet, far from benefitting from the otherwise bare cinemascape, these virtual art-house releases have been delivered into what seems like a void.

Article by: Richard Brody for the New Yorker.