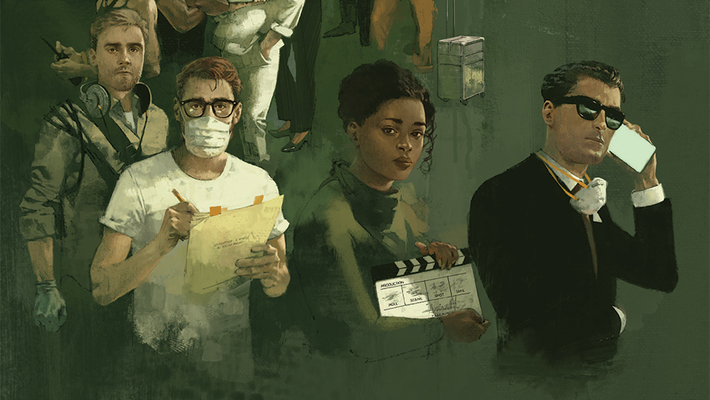 It’s no secret that Covid-19 has single-handedly changed the entire film industry. In a blink of an eye, production studios and freelance filmmakers were forced to stay at home, where the possibility of filming a movie was next to none.

Fast-forward a year later and many filmmakers are transitioning to Covid-safe sets. But while major production studios may have the resources to introduce quarantine quarters and accommodations for all actors, small productions do not always have such luxuries. This is where Molecular Matrix steps in.

Due to the Pandemic, California has seen an influx of pop-up Covid testing sites. Molecular Matrix, which was founded in West Sacramento in 2011, studied tissue regeneration and expansion of bone cells before the pandemic. Today they also offer Covid-19 testing in a slightly different method from many pop-up sites.

So, what sets Molecular Matrix apart from the other testing sites? Jim Keefer, the Chief Operating Officer of Molecular Matrix, breaks down the science behind the test. With most Covid sites, there are three types of testing done: antigen testing, which detects pieces of the virus yet are susceptible to giving false positives, antibody testing which looks for antibodies within a virus and is also very susceptible to false positives, and finally, RTPCR testing. This last test looks for a specific strand of mRNA, the genetic material that comes from DNA.

Other than delivering accurate results, Molecular Matrix claims to excel in one other crucial respect, the process in which the samples are taken. Bottom line, it's efficient. Testing can be done in under 2 minutes. Also, the sample collection process occurs just inside the nose, not far back into your sinuses. This means a  crew can either self-administer their own test or have a medic assist if they wish. This creates a far more streamlined process with as little downtime as possible.

From there, the tests are quickly transported to the Molecular Matrix institute, where the samples are meticulously examined. Keefer says in regard to the speed of the process, “Our company is able to deliver results very rapidly. We can do it in 12 hours or 24 hours, depending on the needs of the organization or production.” The idea, according to Jim is that film producers get the results of the test quickly and move ahead, lessening the strain on production.

Jim Keefer and the researchers at Molecular Matrix have been at the front lines in terms of confronting this unexpected virus. Keefer concludes, “ Everybody wants to go back to normal, we’re all facing Covid fatigue, all our social infrastructures have been stripped- implications are profound in terms of mental health-- it’s imperative we all hold on- we’re almost there.”

By Fatima Barro for CFF